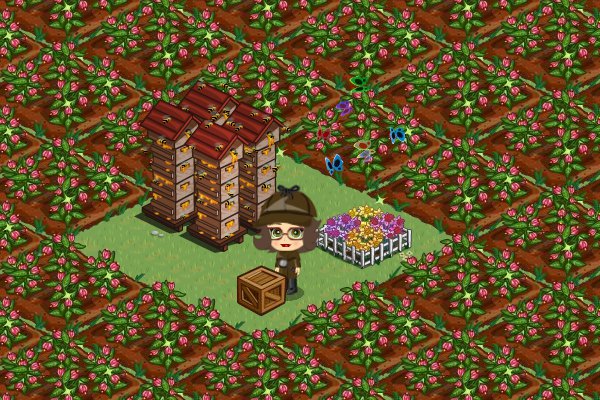 I donned my detective costume for this writing assignment…

When I’m stressed, or overworked, or overwhelmed (one or more of these happens at least once a day), I escape to a little place known around these parts as L.M. Farm. There, after about 20 minutes of planting, harvesting, petting the animals, giving and receiving gifts with my neighbors, all is right with the world again. That’s because I am one of the estimated 75 million folks each month who love to play Farmville, which is now the top Zynga game on Facebook.

What makes Farmville so popular? Well, according to one article I pulled up this morning, people love Farmville because it is a tangled web of social obligations. This has to do with people looking for engagement with others, I guess, but at arm’s length and from the comfort of their own living room. It can, in some cases, become an added stressor rather than a stress reliever, if those self imposed obligations to give and receive, harvest and plow, become yet another chore on the overloaded to-do list. And, if you have a truly addictive personality, you can get into real trouble because Zynga offers “Farm Bucks” for a fee, if only you’ll click that button after you input your handy dandy credit card number. My advice? Don’t even go down that road. This is a free game, and when it ceases to be free, then it ceases to be fun. 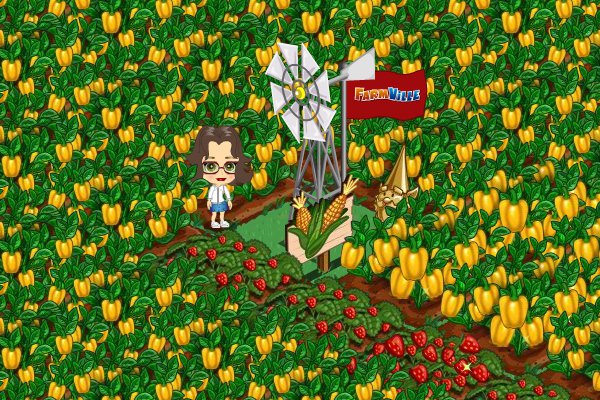 What do I love MOST about my Farm? All the pretty colors!

Yes, those ARE my initials, fashioned from pink and purple hay bales. Clever, no? 😉

I posted the following question on my Facebook Wall:

ATTN: FARMVILLE PLAYERS! I just had a burst of brain activity which sometimes leads to a future Blog. 😉 But, I need your help…Tell me, briefly, and as a comment to this status line, Why Do You Play Farmville? Why do you like it more than other online games? 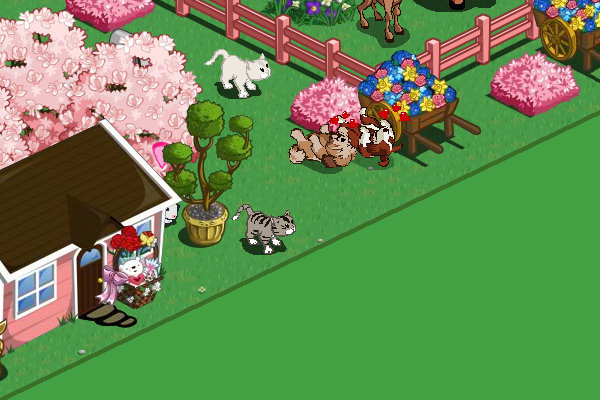 Not surprisingly, most of my Friends didn’t answer (they’re probably members of one of those “I don’t care about your Farm” groups), but the two who did are the very two who I can always count on to provide me with nails and boards for whatever nutball project I’m “working hard on” for my Farm. Well, make that farm(s), as I’ve recently been suckered into adding yet another Farm in the English countryside…Oy Vey! These two Friends are also within the core demographic of typical Farmville users too—40-something, fabulous females whose Farms are many, many levels above mine…

So what did my Friends have to say about why they love Farmville?

I heard this from Farmer Ivy, who compiled a list of the Top Ten Reasons She Loves Farmville, a la Letterman:

“Mindless entertainment, I guess. I prefer FV to other FB games because I can play as little or as much as I like. I don’t need to worry about falling behind like I do on some of the other games, but at the same time there is always something I can do on my farm if I have time to waste”.

To which she added a few minutes later….

“Actually, another burst of brain activity on my end tells me that I am horribly addicted to the silly game and I don’t think I actually even know why”.

“I love my Farm. I have everything just the way I want it. I wish I could live there…maybe when I retire.”

No kidding…Farmer X has IT ALL! An Enchanted Forest, a Family Cemetery, etc. See for yourself… 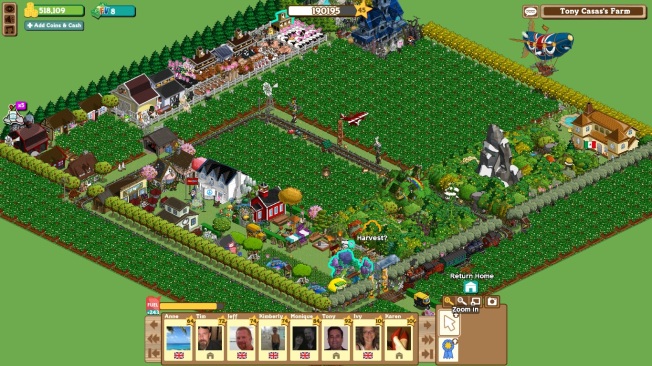 Thanks for your input, Farmers Ivy, Kim, and X—I’ll just say ditto. Keep sending those boards and nails! I’ve got an English sheep pen to finish…

Now it’s your turn. Do you love Farmville? Hate it? Love it, but need a 12 Step Program because of it? Comment below!

What I Write About